This is a guest post by Hans Appel of Enterprise Middle School in West Richland, WA.

Embarking on a Journey

Whatever pool of possibility stands before you, jump in!

A year and a half ago, our school was strongly considering abandoning our current positive reward system altogether. We had grown tired of dealing with paper tickets we called Wildcat Cash, disinterested 8th graders, and teachers who failed to buy-in to our school store concept. We had reached a crossroads of either giving the entire program a much-needed facelift or moving away from PBIS entirely.

A Quest to Improve Our School Culture

As we researched programs, ideas, and options online, one newer program seemed to stand out above the rest. Our team decided to schedule an online demo to interact with the technology and determine if this type of system would be the solution we’d been looking for. We were immediately impressed by the interactiveness of both the technology and the people working at PBIS Rewards. It became increasingly clear that not only did PBIS Rewards have a great product but that they believed in customer service in a servant leadership way. They listened intently to our questions, thoughts, and concerns and were responsive to our early inquiries in a way that most companies fall short.

A closer look provided the knowledge that a local school was already using this exciting new program. We quickly reached out to Chinook Middle School’s staff and asked a few basic questions. The Chinook team was ecstatic with their experience with PBIS Rewards and therefore eager to help us. They graciously invited our team out for a demo.

A few weeks later, part of our Enterprise Middle School (EMS) team visited with the Chinook staff as they showed us the ins and outs of this cool technology. Similar to us, Chinook had reached their breaking point in dealing with paper tickets and made the move to virtual cash earlier in the year. Our visit at Chinook was outstanding! They confirmed all of our early thoughts about the company. But beyond their happiness with the product, they heaped praise about the people who worked at PBIS Rewards. They explained how PBIS Rewards didn’t just pretend to want feedback but that they actively sought it out. If the Chinook team had a great idea, thought, or insight, the PBIS Rewards team would work hard to resolve, invent, or create a way to turn it into reality. Let’s be real, what the Chinook team was describing was an old-school approach to client relationships. But in an automated, fast-paced world, this hands-on customer service felt as cutting edge as the app they were utilizing. We came away with new colleagues at Chinook as well as a vision for redefining our PBIS program.

In Spring of 2017, we laid out our plan for our school’s PBIS team. We shared all of our takeaways from the demo, our Chinook visit, and the research on other PBIS programs. We were confident that PBIS Rewards was exactly what EMS needed.

In August of 2017, we launched into our brand new PBIS Rewards, individual virtual classroom stores, and a new and improved Wildcat Cash Shop. The technology made for a simpler management system for a few key PBIS members: leadership teachers, admin, and counselors. Furthermore, teachers and other school staff were finding both the app and desktop version to be easy to navigate. But, and perhaps most importantly… students were buying into the new look of PBIS at EMS.

Additionally, we started an upgraded Whole Child program called Character Strong. Character Strong is built on 8 essential Character traits under a servant leadership umbrella (i.e., Commitment, Patience, Humility, Selflessness, Kindness, Respect, Honesty, and Forgiveness). We quickly found that the social-emotional and character ed being taught in our advisories and leadership classes paired perfectly with our PBIS Rewards system. In essence, students could learn the ‘why’ behind a trait and then staff could recognize students for demonstrating the trait. By reinforcing the very Character, Excellence, and Community our #WildcatNation was building, PBIS Rewards felt like an integrated part of our overarching school brand rather than a separate entity. 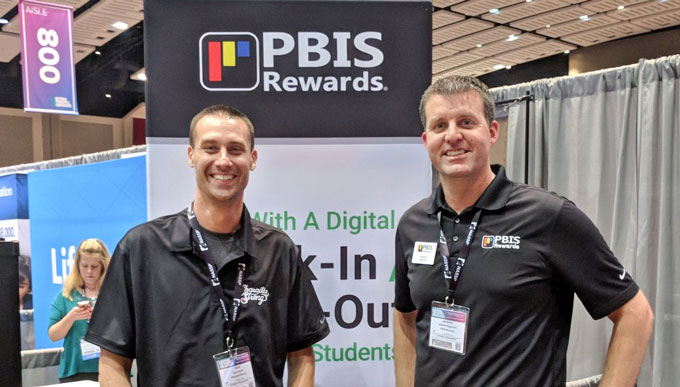 With the increasing prevalence of one-to-one devices in education, we’ve seen other area schools take the plunge into the waters of student recognition. These schools have been consistently thrilled with their decision to take a leap of faith.

With any new ‘thing’ to come along, there is a natural sense of fear or anxiety about how it’s going to go… After jumping into the digital economy of PBIS Rewards there is NO GOING BACK! And at this point, a return to a paper-based cash system would feel like a regression to the blowup kiddie pool, when an ocean of student engagement awaits.

Jump on in… it’s amazing!

Hans Appel has worked as a counselor in the Richland School District for the past 17 years and at Enterprise Middle School since it opened. He’s passionate about school culture, servant leadership, and kindness. In 2018, EMS was awarded the ASCD Whole Child Award for the State of Washington for creating a culture of excellence through kindness, service, and empathy. Recently, Hans launched his own blog about School Culture and this fall will be rolling out a student-led leadership podcast called Award Winning Culture: Hosted by Wildcat Nation. He can be contacted at Hans.Appel@rsd.edu. Connect with Hans on Twitter @HansNAppel, or follow EMS Wildcat Nation at @emswildcats1, #WildcatNation, and #AwardWinning Culture. 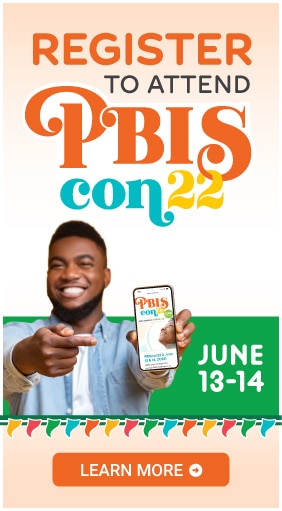